What is Going on With The Pandemic 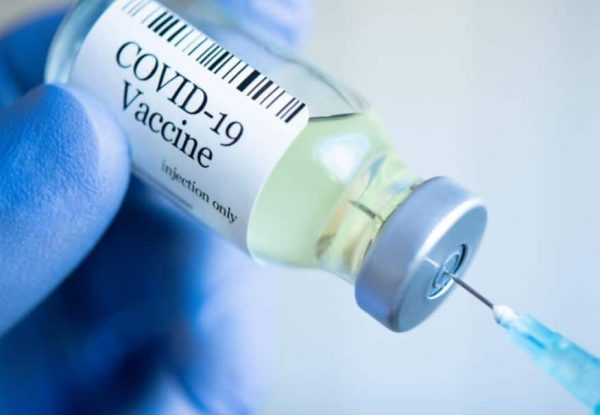 On the 11th of March, last month marked one year to the day that the COVID-19 was officially declared a pandemic by the WHO (World Health Organization). With a figure of 29.3 million, the USA is leading the chart in terms of COVID cases.

On March 10th, an older man belonging to Hamilton, Ohio, received two coronavirus vaccinations within the same day and went into medical shock.

Thankfully, Victor Smith is now stable and on his road to recovery. However, this outcome was not very certain on the day that he received the shots. According to his daughter, Dawn Smith Theodore, “They pretty much told me that he was not going to make it.”

Her father received the first dose on the January of 22nd and became extremely ill and fatigued afterward. An amputee, Victor Smith, had to be taken to the Fort Hamilton Hospital, and he was later transferred to the Jamestown Rehabilitation Center.

Smith’s second shot was due on the February of 25th at the local fairgrounds. According to Theodore, her father appeared fine when he was being taken to the rehabilitation facility.

A mix-up occurred when, several hours later, a city firefighter came to the rehab facility to administer the scheduled COVID vaccines to all the patients.

Unfortunately, there were two Victor Smiths, and they ended up vaccinating the wrong one (Theodore’s father).

The incident is currently being investigated, according to the City of Hamilton and Community First Solution.

2)     Women have reported worse side effects from COVID vaccines

According to the New York Times, women seem to be having worse side effects from the COVID-19 vaccines, and it seems that a mixture of factors might be to blame.

For several vaccines, the side effects for males and females tend to vary widely. This is primarily down to the vaccine doses, as well as hormones and genes.

This difference does not surprise Sabra Klein, an immunologist working at the John Hopkins Bloomberg School of Public Health.

According to her, “the sex difference is completely consistent with past reports of other vaccines.”

In February, the CDC published a report that detailed the safety data based on the initial 13.7 million doses of the COVID vaccine administered across the United States. Out of the 7,000 people who complained of side effects, 79% percent were female – even though women accounted for only 61% of the total vaccinated population.

CDC studies conducted previously have shown that nearly four times as many women as men reported allergic reactions to the vaccines administered during the 2009 flu pandemic. Between the period lasting from 1990 to 2016, women reported around 80% of all anaphylactic vaccine reactions. Overall, females tend to react to the hepatitis B and flu vaccines, along with the combined rubella, mumps, and measles vaccine.

There are several reasons for these differences. Firstly, women usually have a stronger immune system, capable of developing a higher number of antibodies to respond to vaccinations. This is related to reproductive hormones like progesterone, estrogen, and testosterone. Estrogen, for example, compels the immune system to develop more antibodies, while testosterone is capable of suppressing the development of immune chemicals within the body.

However, according to Klein, the good news is that the COVID-19 vaccine side-effects reported by women were generally brief and mild. Furthermore, the reactions are evidence that the vaccine is working. She also thinks that it is important to inform women that they might experience more adverse side effects – and that it is completely normal and down to their more robust immune systems.

The most recent CDC numbers show that over 31.4 Americans have now been completely vaccinated. According to data from the John Hopkins University, in comparison, a total of 29 million people had tested positive for the virus as of Tuesday.

Across the pandemic, the US has had the most cases and deaths than the rest of the world. As of March 9th, over 525,000 people died from the virus throughout the country, with Brazil and Mexico following 266,000 and 190,000 deaths, respectively.

Simultaneously, the US has also taken an aggressive approach to vaccinations, with 31 million people being fully vaccinated and another 30 million have received their first dose. According to Insider, Israel, with 4 million full vaccinations, is closely following the US.

Having one of the largest populations in the world, the US will have a longer and more complicated route towards herd immunity. According to the CDC, 9.5% of the country has been vaccinated as of March 9th. In terms of the percentage of population vaccinated, it puts the USA at 9th place worldwide. Gibraltar – the tiny British territory – leads that chart with a percentage of 46.

4)     Worldwide, how many people have caught the virus, and how many have died from it?

As per data from the John Hopkins University, there have been 117.71 million cases worldwide, with over 2.61 million deaths.

The global pandemic has forced the world to be trapped inside their homes, disrupting their lives. A disrupted sleep cycle, causing you to develop nocturnal…

Read More »6 Bad Eating Habits You Might Not Know

Salad is the go-to meal for individuals trying to lose weight. Being a good meal substitute, people often regard salad as healthy to help them…

There has been a massive shift in the way people cook their food. A time when modest grandmas and stay-at-home moms fused natural ingredients in…

How To Tell A Migraine Apart From A Headache

How To Prevent Hyperextension

This website uses cookies to improve your experience while you navigate through the website. Out of these, the cookies that are categorized as necessary are stored on your browser as they are essential for the working of basic functionalities of the website. We also use third-party cookies that help us analyze and understand how you use this website. These cookies will be stored in your browser only with your consent. You also have the option to opt-out of these cookies. But opting out of some of these cookies may affect your browsing experience.
Necessary Always Enabled

Any cookies that may not be particularly necessary for the website to function and is used specifically to collect user personal data via analytics, ads, other embedded contents are termed as non-necessary cookies. It is mandatory to procure user consent prior to running these cookies on your website.