You may have noticed that keeping the pan with oil on a high flame for a long time can cause the boil rapidly and burn the fish or the chicken you were frying. Why does such a phenomenon occur?

While we know that water has a boiling point, a point at which there is bubble formation and water evaporates in the form of vapor, we do not see the vapor formation happening in an oil medium. Oil has a boiling, and as oil is denser than water, it does not evaporate but instead begins to smoke out. This phenomenon is termed the smoke point of the cooking oil. Therefore, it is essential to utilize the oil before it crosses its boiling point.

It is critical to know about the different cooking oils and their smoke points for healthy cooking because no one has the same smoke point.

What Causes Smoke Generation From The Oil? 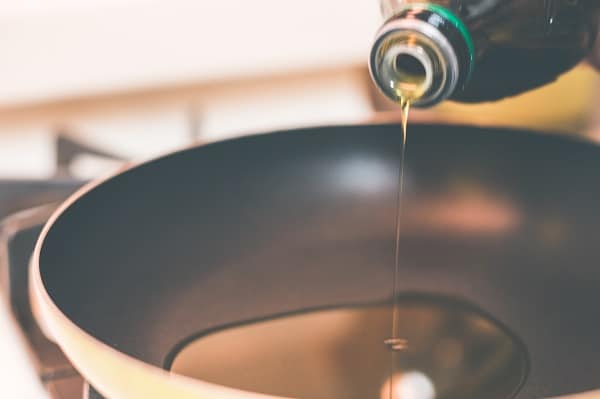 Oils can be derived from fats that are saturated, monounsaturated, and polyunsaturated. A high smoke point is when the temperature is beyond 400 ͦ F, most suitable for deep frying meat so that the high temp finely cooks the meat deep inside.

Saturated oil- coconut oil and palm oil- highest smoke point. A high smoke point is when the temperature is 400 F and beyond. Most suitable for deep frying meat so that the high temp finely cooks the meat deep inside.

Monounsaturated- olive oil, canola oil, almond oil, and avocado oil- medium smoke point. A medium smoke point is considered when the temperature is above 225 ͦ F to below 400 ͦ F. it is the best for shallow frying or stir-frying. For example, extra virgin olive oil can be used for roasting, sautéing, and even baking.

Polyunsaturated- Flaxseed, walnut oil, wheat germ oil, corn oil, grapeseed oil, sunflower, and safflower oil- low smoke point. A low smoke point is when the temperature is below 225 ͦ F. this type of oil is not utilized for cooking, but instead, it is used for garnishing or a salad dressing.

You may have noticed that when you are deep frying on a medium flame, the chances of the oil heating faster get reduced if you are re-using the fried oil. In addition, aged oil has a lower smoke point because they get exposed to air, light, or heat as they age, reducing its effectiveness.

Why Is Knowing The Smoke Point Important For Health? 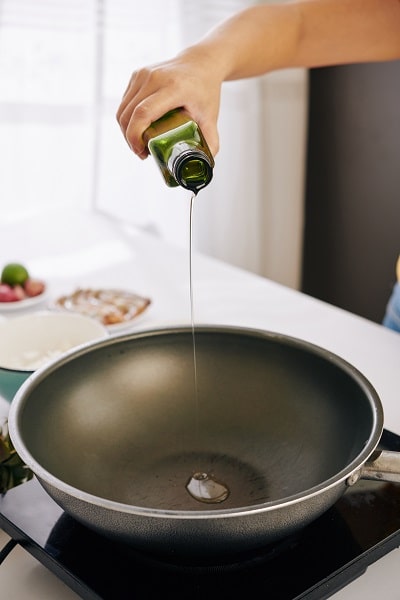 When the oil is heated above its boiling point, fat which is the essential component that makes up the oil is broken down to produce free fatty acids that lower the smoke point. Every time you reheat the oil, fats will break down, leading to a more significant generation of free fatty acids and radicals via oxidation. As a result, the oxygen deteriorates the oil quality and leads to rancidity. These radicals and free fatty acids are highly detrimental to the human body.

Though vegetable oil is mainly considered healthy, one tends to lose the essence of health by repeatedly heating the oil. Plant-based oils contain essential phytochemicals such as phenols that have antioxidant properties. However, reheating causes the polyphenols to break, making these oils harmful for consumption. Studies have also revealed that repeated consumption of oils, especially polyunsaturated fatty acids, increases cancer risk due to the formation of carcinogenic compounds.

So the next time you plan to binge on fried chicken, French fries, or fried noodles, make sure the oil is not re-used. We cannot control the oil used in restaurants and eat-outs, but we can control the kind of oil we use for our daily cooking.

For healthy safety concerns, the best oil for routine consumption is the one that has a medium or low smoke point, that is, monounsaturated and polyunsaturated oils, respectively. Unrefined oils, also termed virgin oils, have a higher nutritional factor. They are filled with polyphenols that remain unaffected; however, they can quickly turn rancid due to their low smoke points. They, therefore, need to be stored wisely.

Below Are A Few Tips That You Can Follow To Select The Right Cooking Oil: 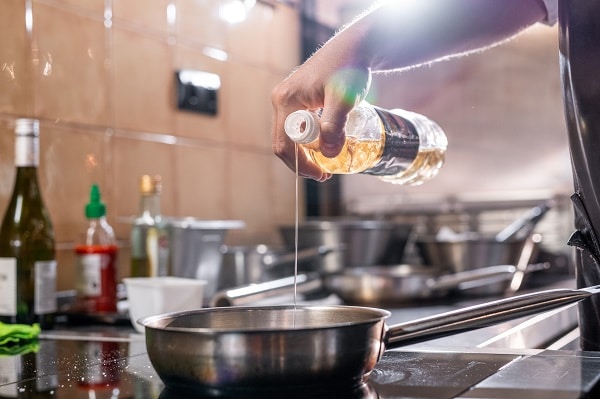 Fast foods and eat-outs have brought in the concept of fire food that needs the pan to be extremely hot, causing the oil to reach its smoke point for the burnt flavors. While you may love eating such food, repeated and frequent eating out can be harmful, especially if the oil is repeatedly reheated. The goal here is to select the right oil, know its smoke point and eat healthily. A wise person will focus more on prevention rather than the cure.